My problem with data 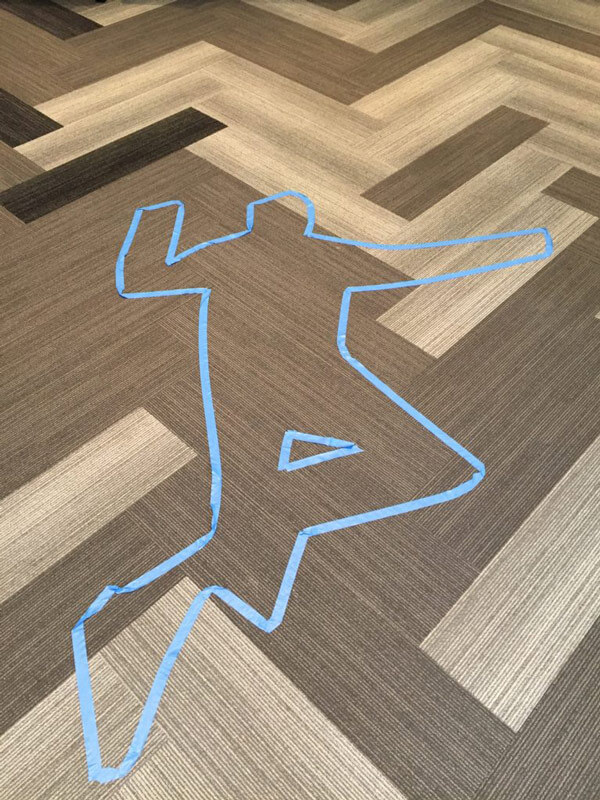 All hail the king! Data is king, right? We’ve all read the headlines around Big Data, and if you walk into any business of size you will quickly realize that not much is done without data.  By data I mean numerical data, that, at some level, passes the muster of statistical significance. In business, we are awash in data – sales data, competitive data, consumer tracking studies, concept tests, copy tests, attitude and usage studies, segmentations and probably countless others. Our reliance on data makes sense, too. Data represents facts, with it we can manage risk, answer to investors and shareholders, project the future and even cover our tails, when necessary. However, as you will see the examples below, data only takes you so far, and if you are trying to do something new, original or simply different, data itself is not enough.

Have you ever seen a number on a page laugh? Cry? Jump for joy? Rage in anger?  Me, either.  Yet, every number on a page represents something, most of the time, someone. Someone who not only thinks but feels. We are emotional creatures, it’s a big part of what makes us human.  We often act on impulse and buy on emotion. We just don’t like to admit it and have become quite good at self-rationalizing our emotions to sound like logic. The problem is if we just focus on the rational side of what data tells us, we will likely develop ideas that don’t speak to the heart. When you speak to someone face-to-face you can see where the emotions lie and what triggers those emotions. When you know what the triggers are, it becomes so much easier and more effective to solve for it.

In Japan, a beverage company launched a can of premium coffee targeted at women. All the initial pre-testing had come back positive. The product was right, the packaging was right, and the messaging, too, but after an initial bump of trial, sales trailed off. To understand why, the company conducted some consumer interviews. In one such interview, the interviewer offered the woman a can of the drink, she scrunched her face, obviously frustrated and waved her hands “no.” The interviewer persisted, offered her the can and asked her to try it. The woman then reached in her purse and pulled out a metallic nail file and proceeded to use it to open the can. When the interviewer asked her why she had opened it that way she replied, “so I don’t break a nail, these cans are so hard to open.” Now the team had an potential explanation as to why sales had trailed off and one that would likely never show up in a data report.

I’m not anti-data, honestly. In fact, I don’t have a problem with data at all. My problem is not with the data analytics, but rather our expectations of what it can do, and our reliance on it to do the thinking for us, especially when fresh thinking or ideas are required. However, before I go there, let’s start with what data does well.

Data provides the foundation from which new thinking can be built.

Businesses, especially big businesses, have mountains of data, and like any mountain, data mining can reveal gems of insights that can lead us forward. And when we find those gems, we will feel confident in their validity. I came across these types of business insights when I was in Mexico working with a global beverage company on increasing sales with a multi-national big-box retailer. Over half of this retailer’s customers had spent less than a minute in the beverage aisle, and the beverage aisles were huge. It was one of the many numbers on pages of data, but it gave us enough insight and confidence to explore this area further.

Data is like a signpost that tells you where to look further. It doesn’t take you all the way to your destination, but it gives you just enough of an idea about where you are headed and what you can expect to see. A metaphor I quite like is that data is like the outline of a body at a crime scene. You know by looking at it that something took place, maybe even when it took place, the weapon used and a few other clues to investigate further. What the crime scene doesn’t tell you, is the underlying motivation why the crime took place.  In the example above we know that over half of the shoppers of this large retailer spent less than a minute in the beverage aisle, but we had no idea why. We just knew that fact, we didn’t know the motivation that led to that consumer data. It could have been one of these factors:

·      Perhaps the beverage aisle was extremely well put together, which made it easy to find what you were looking for as quickly as possible.

·      Or maybe shoppers are on auto-pilot when shopping for beverages and simply grab what they always get without considering anything else.

In our case, and given everything we knew, it was likely the latter, and the data was an important clue that gave us the direction and confidence to dive deeper into what was going on in the beverage aisle.

Data is the language of business.

If you are going to sell a creative idea or innovative thinking, it sure helps to have the analytics in your artillery as back up. Ideas by themselves are vulnerable because they are subjective in nature. Everybody has an opinion whether an idea is good or bad. However, if you can communicate how an idea is rooted in data starting with how the data led to an insight that then led to that idea, the likelihood of your idea being treated more objectively by the leadership team will increase.

Where I work (https://thegreenroomcollective.com/about-us/), our first step to identify the question we are trying to answer and any areas of opportunity we are trying to solve for by mining data that exists.  This gives us both the direction (where we should be looking) and confidence that we are looking in the right place. From there we explore the question identified by going out in the world and gathering first-hand consumer insights. We then look for patterns or themes in everything we have seen, heard and experienced. Those themes become platforms for ideas and it’s important that those themes are rooted in data from the start.

Ok, so there are plenty of cases where data analysis is a must for any business, but numerical data also has its limitations when it relates to decisions on how to innovate.

As I mentioned earlier, the number you see on a page is an aggregate of a bunch of people who just so happened to answer the question the same way but who may have had various reasons for doing so. I once did a shop-along with a woman who was classified by the client’s segmentation study as “health conscious.” Before I met her, I had this mental image of her as this relatively young, yoga-mat-carrying, kombucha-drinking, enlightenment-seeking person. Turns out, she was nothing like the image in my head, or the client’s description of the segment. She looked like she was in her mid-40s, not as fit as I had imagined, and I don’t think she had ever heard of kombucha. When I started speaking with her about her shopping habits and why she chose this brand over that one, she didn’t seem all that health conscious, so I asked her about it. She then told me that her husband was a Type II diabetic and that she had to be very careful about what he ate since it was a matter of life or death. That experience was a revelation for me because I realized data analytics rarely tell the whole story. Data is often rounded and blunt, and as a result, not great inspiration for new ideas. For ideas, you want insights that are specific and tangible, because simply expressed ideas are just an answer to a question.

Data is a look in the rear-view mirror.

Ideas and innovation are about creating a future state. Data tells you what happened in the past. There is nothing wrong with this, the past can be a good predictor of the future, but as Henry Ford so famously said, “If I asked them what they wanted, they would have said a faster horse.”

My issue is not with data but how it can negatively shape mindset and attitude, which, in my opinion, are the two most important ingredients in the space of innovation and ideas. If we aren’t careful, data can put us in the proverbial box and keep us there. For example, data analytics suggested that it was impossible to run a sub four-minute mile. Physicians and sporting experts had said that to do so would break your bones. Imagine if Roger Bannister, former middle-distance athlete, had listened to the data of the time. What if the Wright Brothers, who invented the airplane, had thrown up their arms and said “nah, it’s not possible.” The world we are living in would have been vastly different and far less interesting. The biggest barrier I face every time I walk into a room to lead an ideation session is the weight of what is already known. Just as data can provide direction, data in the wrong hands has the power to stop us before we even get started.

It used to be that data was truly a competitive advantage. Knowing something your competitor didn’t or having access to something they didn’t was enough to give you the edge in the marketplace. Businesses would (and still do) spend huge sums of money on competitive data. Today it is a different game. The internet has made it so that virtually any type of data information is at your fingertips. You don’t need to be a big business or have lots of money to have access to lots of data. If we all have essentially the same data, the advantage will go to those who are willing to look deeper for insights.

As part of a creative session we did with a medical device company who was looking to innovate in the space of vision care we brought in an alligator wrangler. We chose an alligator wrangler because alligators have a third eyelid. What could an alligator tell us about vision care? The wrangler had brought a small alligator (mouth taped shut, of course) and while we were talking to him one of the engineers noticed that the alligator hadn’t blinked in over 15 minutes. Since dryness is a big issue for human eyes, that simple observation and the insights that followed led the team to change the way it thought about combating eye dryness. That type of insight would almost never have come from data, but the willingness to explore the spaces that others will not is where competitive advantage is often gained.

We are living in a world awash in data, and for most of us, we work in a world that is comfortable with the certainty that data provides. However, we are also in a marketplace that is more dynamic and more uncertain than ever. Many iconic and big brands are struggling, upstarts and new disruptor brands are emerging every day. This means every business must be on its toes at all times. To do that companies must be innovative. Data can do many things, it can take you to the top of the diving board. But for businesses to be innovative, they need to take a leap into the unknown and rely on a different type of data, one that is more emotionally-charged, more tangible and rooted in real-life experiences, because those are the kind of insights that will create growth and sustain it.