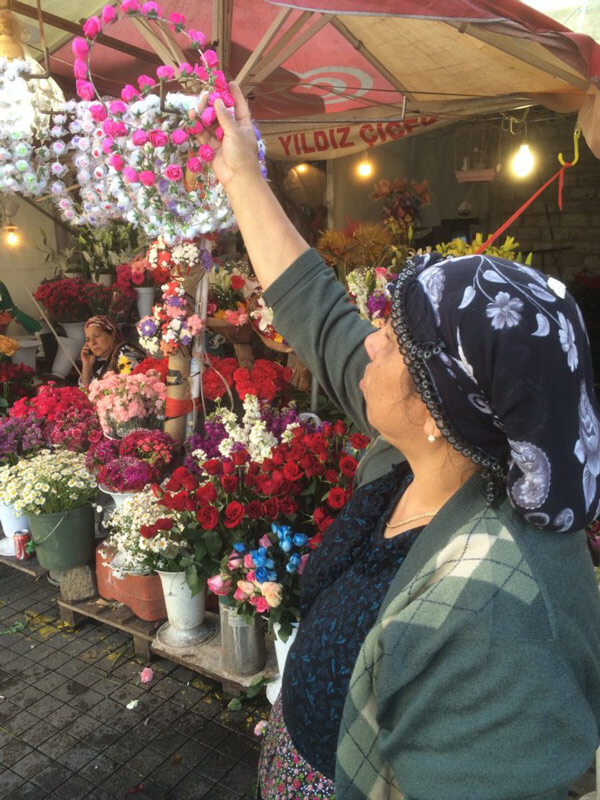 In our first installment of the Top Tips series, “Getting Innovative In Other Cultures,” we discussed the importance of taking time to get to know and connect with other cultures when doing business abroad.  For this installment, we are going to explore the role humility can play when leading a creative innovation session.  That’s right, humility.

Humility is not a word often associated with business.  Instead, we often hear terms like confident, smart, resilient, strong and principled to describe business people. All good and important, but when it comes to creative innovation and leading groups of people in cultures different from your own, humility can be your friend and help you get the most out of the people with whom your collaborating.

Before we get into humility, though, let’s step back and remind ourselves of what our role is when running creative sessions or facilitating any type of business meeting. Our job is really two-fold: The first is to ensure that the context for why we are there is addressed. In business innovation, this usually takes the form of bringing forth creative ideas, and the insights that led to those ideas. The second, is to get the other people in the room performing at their best because you want their best thinking and ideas. The idea here is that, at the end of the session, you want the people in the room to own and champion the output. I am simply the facilitator, the orchestra conductor whose approach will get the players to make the sweet, beautiful music of innovation through creativity. I chose to put a spotlight on humility because it is a characteristic that I’ve rarely heard discussed in the parlors of innovation and creativity, but one that will open doors for you, bring the best out in your team, and help you lead successful innovation sessions.

When you walk into a room to lead a creative session, for the most part, you are an outsider and a foreign object, you don’t know them and they don’t know you. You have no idea under what circumstances they have found themselves to be in that room with you, what pressing demands are on their shoulders while they are out of the office for that one or two-day workshop or creative session, or even what they are dealing with in their personal lives. Moreover, if you are an American, like I am, you may be entering that room with baggage. And if you are from the corporate office, you may even have more! Your job as the leader is to get the room on your side as quickly as possible so that they are buying into what you are bringing.  The sooner that happens, the greater your chances are for a successful creative innovation session.

One way to do that early is to give recognition where it’s due.  As someone whose first (and only) language is English, I am very lucky because English is often the international language of business. However, for those people who are in the room with you, English is often their second or third language, and it takes a lot of energy, attention and bravery to even participate.  Acknowledge that, let people know that they are doing something that you might not be able to do, and let them know that if you speak too fast, or aren’t clear, to let you know. As the session progresses, check in often with the participants to see how they are doing. It’s a small thing, but one that shows your appreciation and concern for their well-being. It shows that you are on their side and you are there for them.

One of my cardinal rules for leading and facilitating group innovation sessions is that, if you don’t go there first why should anyone else want to.  After all, throwing out a new insight, thought or creative idea into the world can be a risky proposition, especially in cultures that are hierarchical in nature or status conscious. No one wants to be judged or ridiculed, or to look silly in front of their peers or superiors. Therefore, it’s important for the room to see that you can be vulnerable and that you can laugh at yourself. Again, the earlier you can demonstrate this, the sooner others will put their guards down. As a way of easing tensions and to help not take ourselves too seriously, during Green Room sessions we sometimes do introductions in the form of an exercise we call “no look portraits.”  We ask the room to pair off with the person sitting next to them, each person is given a blank piece of paper and a sharpie pen, then is instructed to have a conversation with their partner answering questions like name, what they do in the company, and something the other may not know about them. We follow this by asking them to draw a portrait of that person without looking at the paper. However, before we send the room off to do the exercise, we, the facilitators, demonstrate how it’s done first and reveal our own poorly drawn Picasso-like No-Look portraits. By doing it first, we show that we can be vulnerable, that we can laugh at ourselves and have others laugh along with us. As leaders, our role is to set the tone, to give license and permission to dive into free thinking and ideas without fear or judgement. Our responsibility, in these sessions, is to create a safe environment where people can put aside their titles and responsibilities, and just be human, warts and all.

A final thought on humility, as a stranger in a strange land it’s easy, among the exhaustion and jet lag, to fall back on what you’re accustomed to, your pre-conceived notions of what is good or bad, what works well and what doesn’t. I’ve found myself in that position often, when you just want that favorite food or that something familiar. When nothing makes sense and everything feels backwards. Resist that temptation, humility requires an open mind. Most of the places I have visited have existed far longer than the culture I am from, and what might not make sense to me, makes perfect sense in that culture. Humility is the doorway to the curiosity of an open mind and to opening the minds of others. It might also help you gain insight into something even the locals weren’t aware of. In India, during a break in a project, a colleague of mine from the US was having a conversation with two locals who were sharing a bottle of water. When one handed the bottle to the other, he quickly, in one motion, swooped the bottle up and over, pouring the water smoothly into his mouth without the bottle touching his lips. When my colleague asked about it, the two admitted they didn’t even realizing they were doing it that way, but when we started talking about the reasons for why, we found out that it was because there was uncertainty of the hygiene of the bottle, as that can be an issue in India.  More importantly, it led to numerous ideas in our beverage-related innovation session.

While humility is not a “power” word typically used in the lexicon of business vernacular, humility is vital in building trust and buy-in when working in other cultures, ultimately it can lead to ideas that would otherwise go uncovered.

Tune in to the next The Green Room Collective Top Tips installment on how to get innovative in other cultures where we will move from the strategic to the more tactical to discuss how to get the best ideas in other languages.