What I learned about innovation from a 5th grader 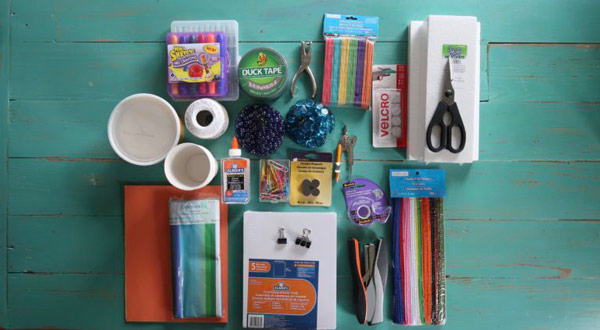 “What gets in the way of innovation?” seems to be one of the first questions we ask when we run a capability or project. Invariably, the answer is always the same no matter where we are in the world or who we are working with: Resources. I’m sure you’re not surprised. It takes a lot of time, energy, money and other resources to get an idea off the ground and into the world. Throughout my career, in the space of innovation, I’ve seen many great ideas leave one of our creative sessions with energy and excitement only to get killed running the gauntlet as it makes its way to the approval process. The result can be demoralizing and can stifle the energy and will power necessary to create something new. There are many reasons why ideas don’t always go forward but one of the biggest is too often ideas languish after a creative session because, despite all the best intentions, they remain two dimensional, stuck in a creative brief or PowerPoint presentation. An idea left to interpretation quickly becomes naked and vulnerable to misunderstanding. As innovators, a big responsibility of ours is to make sure that doesn’t happen.

I was reminded of this the other day when I attended my daughter’s back-to-school orientation. One of the slides the fifth-grade teacher presented was on the materials that would make up their Maker’s Space. Included on this list were items such as craft stick straws, paper clips, coffee filters, string, index cards, masking tape, marbles, balloons, foam bowls and tooth picks, to name a few. To give you some background, the Maker’s Space is an education-driven movement in the U.S. around project-based, active learning. The purpose is to help students discover, invent and learn by making things. Of course, these are all skills that are important in today’s environment and will be, even more so, in the future. The essence of the Maker’s Space is to learn, do, learn, do and so on.

Seeing this slide in a fifth-grade classroom was a great reminder and validation of an approach we hold dear at The Green Room Collective. It’s one thing to conceptualize an idea, but when you can bring that idea to life it makes the idea much more impactful and harder to ignore. During our creative sessions, we have long used illustrators to bring ideas to life visually and are increasingly implementing the Maker’s Space concept to help our clients quickly prototype their ideas. The reason for this is that something very interesting happens when you move from the written word to visuals to rough prototypes. The ideas become real and tangible. This is how the idea can be seen, touched, helping others see its potential and build upon it.

When an idea leaves the page, and is brought to life a couple of important things happen:

The importance of making an idea real is exemplified by Steve Jobs.  Rumor has it that Steve Jobs wouldn’t look at an idea until he could hold it in his hands. Whether this is true or not in all cases I don’t know, but “Jobs would often hang out in the Industrial Design’s lab in the afternoon, where Jony Ive and his team of designers worked on prototypes of future hardware products: “When Steve comes in, he will sit at one of these tables,” said Ive. “If we’re working on a new iPhone, for example, he might grab a stool and start playing with different models and feeling them in his hands, remarking on which ones he likes best.”

Now, you may be thinking that Apple and Steve Jobs are an exception and not the rule. This is true. Most of us don’t have the resources or teams dedicated to specific ideas that Apple does. Most of us are not engineers, designers, crafts people or creative types. However,  It’s a lot easier to be creative and less expensive that you might think. When you consider what the first prototype of the Google Glass was made from – a coat hanger, sheet protector, Plexiglas, a Pico projector and a netbook, all items that were already in the office – it becomes much more achievable.

Over the years, and since I co-founded The Green Room Collective, I have run workshops on five continents in over 30 countries with all levels of an organization and functional expertise, and the creativity and ingenuity of participants to make something out of very little never ceases to amaze me. I have seen hotel sofas overturned and chairs transformed into business-class airline cabins. I have witnessed teams persuade a bartender to lend shot glasses, trays and product so they could create and serve newly concocted drinks. And I’ve seen new packaging ideas created out of a block of clay that you might find in any art class in the world.

Now we are back to where we started, yes, resources can be a barrier to innovation. Yet, with a little resourcefulness and the ingenuity to use what you have at your disposal, you can go a long way in bringing ideas to life, connecting people’s heads with their hearts, and giving your ideas the best chance to succeed. Perhaps, the Maker’s Space slide in that fifth-grade classroom was more than a gentle reminder and validation of the importance of brining an idea to life. Perhaps, it was a push. No one is more strapped for resources than schools, so if a fifth-grader can do it, why can’t we?!?